I figured everyone shares they're work photos each day, so the splicers should have a spot too!

Here's some used tachyon that I spliced for Ol' Mike Poor today.

How'd it run home? It takes me more time to run tachyon home than say, blaze or velocity. I haven't tried a used one yet.

Shrink down them eyes...they're huge!

Is that real granite?

A friend of mine is a logger and he nicked his steel core flip line last week. Good thing it had the core. So last sunday I spliced him two new ones. 3/4 inch nylon with 3/16 stainless core. Makes for about a 1 inch line. A 14 footer and another a little over 20 feet. Put prusik loop adjusters with locking snaps on them. Before his just used a half hitch in the dee ring to adjust the length.

Now he's climbing with modern gear. Brian may have seen his set in Back Yard logger.
W

That's cool about helping your friend out. I always like doing work for friends better than strangers, although, the difference in pay usually makes up for it.

The tachyon wasn't that hard I thought. The hardest ever had to be that PI, and the blaze. Granted, both were VERY used. From the looks of this rope when I got it, I thought it would of been way more of a pain, but it wasn't that bad.

Ohh... and the large eyes were a request. Mike apparently likes to hang tons of shat in the eye ALL the time, so he wanted extra room. This eye may actually be a little smaller than he wanted.
W

gf beranek said:
Makes for about a 1 inch line. A 14 footer and another a little over 20 feet.
Click to expand...

That sounds HUGE! I like my gear compact, but a lanyard like that sound like it would add some comfort factor. Shit, you could probably break all the little dead branches out of the way with it!!!

You have to consider the fellow I made it for. If it was 1 and 1/2 inches in dia. he'd feel that much safer.

Come winter, I usually go on a spending spree to fix my winter depression...luckily this year I haven't spent jack, except 120' of 3/8" Tenex.

I had wanted some slings to hang a pulley, and fig 8 on my saddle for self lowering. I had some webbing but they aren't adjustable. I had some 1/2" Loopies but they were way to bulky, so these 3/8" ones were born. According to Nick and Sherrill catalog, should have a 1k WLL.

I am making 11 of them for the price of 1 from Sherrill.

Looks nice. I like that you didn't waste material in long backsplices, which are often called for.

I take it that you are going to wrap it around a stem, then lower yourself from the pulley? Even though this should be safe enough, you may be pushing closer to that 1K WLL than you think. If your loopie were wrapped around a more-or-less horizontal limb, then the whole 1K would be available to you. No problema. But wrapped around the stem is another matter. You are applying a vertical load which the loopie has to absorb from some unfavorable angle. This can greatly magnify the force on the loopie. Using a loose wrap helps with the angle, but makes the sling more likely to slip. You can't win. Add to this scenario a heavy climber and a jerky descent, and you could easily push right past the WLL.

I frequently use loopies for this and similar purposes, but when a horizontal wrap is involved, I like to use 5/8 inch rope. I can wrap that as tight as I like and still feel confident that nothing I do is really going to stress the rope.

I'll be using it to lower the odd small limb/block of wood on my own.

I wonder what the WLL of it is choked? 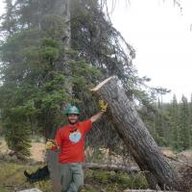 I'll be using it to lower the odd small limb/block of wood on my own.

I wonder what the WLL of it is choked?
Click to expand...

To use this sling do you adjust it to size like a woopie sling, then girth hitch it or (basket hitch?) it around a branch to lower stuff down?

NickfromWI said:
Is that real granite?

HA! missed that. NO, it's po' boy granite. aka, laminate.

I'm about to splice the other end of my Blaze, but I need to get another line just in case it takes me a while and blaze is out of commission for a bit.

Time to keep this thread going!!!

I spliced a 22' hank of Patriot today into an 18' lanyard(measured from back eye to front of carabiner) and it turned out great I think for my third 16 strand splice. And this was also the easiest 16 strand splice I've done so far. The core came out nice and easy, and my 10 taper strands came out extremely smooth. I didn't even need pliers!! I plan to make an eye an eye tenex hitch cord tomorrow for the adjuster, and either another eye an eye or I'm going to try and splice two ends together to form a small loop for utilizing it in an SRT way.

Anyway, on to the pics!

Should be the top three pics.

Here's my newest splice. My 120' Tachyon climb line. Splice on the right was my first try at Tachyon. Eye was way too tight and I did a long fid bury.

Splice on the left is the result after 45 minutes of hard work on the used Tachyon. Turned out a lot nice. Also did a half short fid bury, so it's way nicer to handle now as a climb line.

Do you mean to say that you only buried the core tail 1/2 of a short fid down the throat of the splice? That's only 25% of what it should be...

I just did some green/blue tachyon yesterday!

Nick,
Do you find Arbormaster a hard 16 strand rope to splice? I have been trying to make an I splice with Samsons tubular fids, and I am having a terrible time burying the tail.

Mike- of all the 16 strands, I find arbormaster to be the easiest. It is the strongest because it is woven a tad looser than the rest of the 16 strands.

Splicing it with tubular fids is a pain in the rump. Ditch that. Get some stiff wire (people like .050 piano wire or a coat hanger) fold it in half and now you have a wire "pull fid." Reach up into the rope, grab the tail, and pull it through.

You should find this much more manageable.

I would agree with Nick. A wire fid is way easier in 16 strand splices, since you can really put some force behind the pull when you attach the fid to a suitable anchor.

Also, I had my first break test splice Thursday. I used Neo-Pro, 12" eye on one end, 6" on the other, and shipped it out to John. From what he told me, it never broke but stretched and slipped. The machine could only pull it so far before it maxed out the length it could pull. Guess next time I'll have to shorten the length up.

Rangerdanger- (and anyone else reading along) just know that when you take a shortcut on a splice you put all the risk in your hands. If something were to go wrong, it would take the manufacturer about 10 minutes to look at the splice and see that it wasn't done to their specs...then they are off the hook.

I'm just trying to keep them on the hook, I guess!

For the record- I think that many splicing directions know that splicers want to cheat- so they err on the side of caution in the directions to account for the cheaters...

ps- let us know what they say when check with them...

Alright, just got off the phone with them. First, let me correct my length of bury. I actually did a short fid, not half a short fid. When I typed it I was doing math homework, so somehow I got mixed up on bury length and a math problem

Next, this whole bury length thing was a misunderstanding. They actually do the long fid buries for the ropes, which is up to NE's specs. He said though that my short fid splice will not hold up to the specs, but like Nick said, taking the risk into my hands, I could climb on it and it would hold, just not up to the 6700lb breaking strength of Tachyon.
M

NickfromWI said:
...you put all the risk in your hands. If something were to go wrong, it would take the manufacturer about 10 minutes to look at the splice and see that it wasn't done to their specs...then they are off the hook....
Click to expand...

Wow, are they actually ever on the hook? I am quite sure that any splice made to spec will never come apart, but I haven't seen anyplace where they say the rope will break before the splice will fail. Somehow I doubt they run any legal risk from the way users use their ropes. Is there a known example to the contrary? 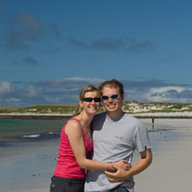 Why would you want to purposefully reduce the potential strength of the splice? I'm assuming you are intending to use the Tachyon for life support yeah? as you were doing your maths homework maybe do some calculations to work out the safe working load of the rope (spliced and un spliced).

In altering the splice you are taking a big chance. Think about why you are altering the splice, i'd say that most major alterations are not required, a change of work positioning or work practices would be more effective / safer.

I've re worked a splice then i got it loaded tested and broken. It broke well within the manufacturers recommendations.

I don't believe just shortening the length of the splice is a smart thing to do. I likewise don't agree with folk splicing donaghys armor prus as a class1 splice.

I'd imagine most splices will break where the taper on the splice is/ends or the crossover is, that is in my experience.

I'd also imagine that the rope companies could slither off the hook by stating that the rope wasn't spliced by a (insert name here) factory certified splicer, the rope had been used incorrectly, used for too long, stored and maintained badly overloaded or otherwise abused.

Thanks Jamie. I'm definitely going to redo the splice again.

For my next break test, it would be interesting to see how the shorter bury affects the strength of the splice. Has anyone on here done something similar yet??
You must log in or register to reply here.

New to Splicing. Want to Know What I Need to Splice Hitch Cords. Any Suggestions for Resources Showing How to Splice?

Passing of a Legend

Current/Ideal Bridge Setups (Plus Hardware) for Your Climbing Harness!