The Crushing Of The Blaster

OK, check the attachment, and I'll 'splain this as best as I can.

When I hooked the tubular sling at point C. I knew it would probably slide up because it was a smaller (about 8 or 9 inches) smooth trunk. This wasn't much of a concern because I originally was gonna cut it at point B where a 2or 3 foot slippage would be harmless. If it happened it would be moving towards the crane and away from ME.
Like I said, harmless.

Anywho. as I was about to cut point B, the crane operator said to come on down and cut it at the base. Normally I would do that, but that woulda required me to call a groundie over to help with a tagline so the butt wouldn't hit the fence, and they were rear-ends and elbows deep cleaning up. We were kinda rushing because we wanted to knock this job out so we could do another that day. I was just gonna cut it higher (point B) and be done with it, but it WOULD be nice to take it in one lift so I called over a groundie, set a tagline and proceeded.
It would have been an easy day.

Here's where I made my main mistake - I FORGOT/DIDN'T THINK!!!

I didn't factor in the extra weight that was gonna be loaded on the sliding sling. The second it came off stump, the sling slid up to those forks before stopping, causing the butt to shoot to the ground. MY MISTAKE was forgetting about the slip potential of the sling, and having my foot under the load PLUS having debris around the base of the tree.
I tried to jerk my leg outta the way, but I failed. It caught the outside of my left foot, a glancing blow. I really don't know how hard it hit, and it was immediately lifted. It kinda bounced when it hit and I'm sure (even though originally they hindered me) the logs and crap plus my spurs helped to keep my foot from taking the full force of the load.

Thankfully, there was no nerve/blood vessel damage of any consequence. And again, thankfully, the three broken bones (2 metatarsals and the heel) were clean breaks that were still in position and therefore no surgery was necessary. It blew out the sides of my feet, so they sewed it up with about 40 stitches. I'm is a splint cast at the moment and on mar 9 I go back for a real cast and a check-up. THAT is when I'll know for sure what is up.

My mistakes as I see them;

2) I completely forgot about the slipping potential. The bar was 2" too short, so I was having a hard time finishing the cut. I put myself in an akward position in an attempt to finish the cut. I also assumed it would be like any other lift - just raise and float away.


So there you go. I feel I'm getting better every day, hence me being able to sit here for this long at the keyboard. All I've been doing since it happened is staying knocked out on meds and keeping my leg elevated. I still can't stay at the keyboard for very long.
C

good description, Butch....even I could follow/understand. glad you're able to 'write home' about it.....

MasterBlaster said:
I feel I'm getting better every day,

Hey, that is the main thing, getting better! Oh, and get out from under the load next time. We are just all glad you are going to be alright.
B

Sorry to hear that Butch. I'm glad you're gonna be alright in the end.

Man, that sucks. I feel for you.
good lesson, I hope you heal up quick.

I'm like a kid, all antsy to know, "Wha' happened, wha' happened ???"
Then you tell us & I'm like, "Oh."
Sh*t happens so fast. I'm just really, really glad you're going to be O.K., Butch.
Last night at the grocery store I backed into a parked van behind me while I was backing out of my parking spot. I've never been in a car accident, it was just a split second of distraction and an icy parking lot. A man was unloading groceries into the back of his van, and the only thing that saved his legs from getting crushed was the grocery cart between us. I couldn't stop shaking, nearly brought to my knees by the good fortune of that cart. Shit happens so fast.
C

Just make sure you take it easy. No use in rushing it to make things worse. I know all too many tree guys that rush an injury cause they need the money, only to end up making things worse.

So if you need anything, give us a yell. You have plenty of buds here.

I'm glad it came out as well as it did.

Thanks for the details and analysis...good lessons for all of us.

And Climber020 has it right...don't rush things...in the tree or when healing.
T

Thanks for sharing what happened, and to second Che, in a way even I could understand.

glad to read ya butch. weve all done something that weve got away with,i guess once in awhile we dont. heal up

Butch GREAT explanation as to what happened. Based on your description I am happy for you it wasn't worse. Your down time would for me, mentally be hard to take. Stay Happy!!

Crap happens. If we are fortunate enough we learn from it...... I have & just did.

All i can say is OUCH.

Ouch! 40 stitches! Ouch!
I guess your boot kept the injury from being even worse.
Man take care of that.

Also dont eat too much while laying around.

Sure thinking about you these days, Butch. Hoping you heal well and fast.

Hate to hear this dude! Remember old farts heal slower (so remember that when you get older).

It is my preferance to make small humboldt(s) to bed the sling or rope into when there is no branch or swell to dawg it choke against.

Shit luck man, rest up and heal up. Thanks for sharing your lesson so new guys like me can learn from it. 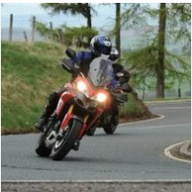 Ouch Butch I bet that made your eyes water i did a similar thing lowering once luckly the branch stuck in a crotch so i didn't take the full weight on my foot.

heal up good Butch. and watch that grub intake whilest on the mend

Thanks for being honest and having the guts to post what happened, lets all take a moment today and learn from it.

Thanks guys! I think all will be well. 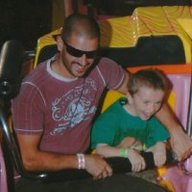 i hope your spurs are ok!
just kidding, just shows how quick things can happen that can affect our lives so much.....hope you're up and about soon mate!
H

Geez Butch, sorry to hear about your foot & all. Heal up fast and be more carefull nex time! Ya got a bunch of friends here who are concerned and are glad your OK. HC
You must log in or register to reply here.
Share:
Facebook Email Link
Top