I posted this in Awakenings on Treebuzz so rather than re-write it, I'll just cut and paste...

I know I'm gonna get tons of flack about locktite but I would be remiss if I didn't post this.

I use a BF II and have recently been experimenting with spliced bridges. I've made several and switched them out several times. I've probably removed and replaced the left shackle 15 times, the right, maybe 10 times.

The principle with bow shackles is the bolt makes an interference fit with the threads, If you torque it, it should not withdraw without a similar amount of torque. I trust that principle.

I know locktite is recommended and I trust that too, but because I've been changing bridges fairly often lately I haven't threadlocked the shackles.

I'm a habitual visual checker of my bridge and the configuration of my knot and the biners tied in to it. I always check everything, including the shackles before ascending and I look them over frequently while climbing. I also keep an allen wrench in my hydropack in case the shackles start to loosen... but I've never had to use it.

Yesterday I checked the shackles, which looked normal, before footlocking about 50' into a big red oak. I advanced my TIP while standing in a big crotch, clipped back in, pulled up and set a rope for another climber and prepared to move on up. I did my little visual check and lo... my tie in biners were just lying against the stem, unclipped.

My heart rate probably spiked to 180 when i realized the bolt was missing from the left side shackle and my bridge was disconnected. THAT was a revelation.

That's it, nothing bad happened. What did I learn, besides the fact that I'm still the luckiest fool I know?

- Threadlock the shackles... it's just too easy for the security it adds.

- The BF II bridge is a critical connection to the climbing system and it has NO BACKUP. We backup all sorts of components in the lifeline system but the floating bridge harness has a major issue in that this critical failure point has no backup.

One last conclusion. The shackle bolt withdrew I presume, while I was footlocking and setting my partner's rope. I never found it. I'm certain that my error was in not heeding the inkling in my head that I was cycling that interference fit too often and wearing it out. I planned to buy new shackles for that very reason but I just hadn't gotten around to it.

My worst exposure point was while footlocking. I was using ascenders and, had the bolt backed out then... and it's possible it did, I would have simple continued unsecured with a heart rate like Neil Armstrong landing The Eagle... if I had noticed it. The rub is, I frequently hang on the ascenders to look around, plan my climb, swing into the tree, what have you. If I had done that without noticing the disconnected bridge I would probably have fallen.

I know we've argued threadlocking the shackles before... well, I'm now solidly in the threadlock camp. 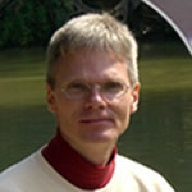 Mine are actually threadlocked and safety-wired. Guess it's from dealing with race cars for so long.

I've been flipping through bridges lately. I've climbed about the last 6 months with no loc-tite for the same reasons...why bother locking it down when I knew a few days later I'd be swapping out again.

Just earlier this I finally when back to my tried and true bridge, realizing that nothing was better than what I had a few months ago. I'm gonna go lock those mo'fos down!

Hey, Blinky, same thing happened to me. Different time and setup, but, when I looked down at my climbline connector it was not connected. I was pretty high up and looking down at my X coming up on a single line. If I leaned back into the system I would have flew right by her doing 100 mph. smush. It was real creepy. Oh, got that sick feeling,,, yeah.

Wasn't my time I guess.

I'm on a d-fly that has been modded with a couple of extra clevis'. Love it.

Checked out a Kolibri and the new sequoia today. Didn't like either. When is someone going to make a rated, adjustable,modular harness that can be customized by the user???

Just think of the liability potential.
B

Just think of the liability potential.
Click to expand...

You said it MB. Buckingham tried something like this a few years ago with their Pro Series line of saddles. The idea was to have something which was modular so that you could customize it a bit. They sold the leg loops and batten seats as a separate item from the belts so that people could mix & match different features. When they realized that some people were using a Buckingham belt with lower assemblies made by other manufacturers they could no longer gaurantee that the stitching would hold in the event of a fall because it would be pulled on from different angles. They resolved this issue by discontinuing the Pro series and replacing it with the new Deluxe series, which are modular but only sold as complete saddles.

Because of the liability, manufacturer's will only sell modular harnesses as complete saddles with all the parts. Unfortunately, this eliminates the primary benefit of a modular harnes, which is the ability to customize.
B

I use a simple plastic zip-tie to secure the twisted clevis on my flipline, which has the same kind of screw-pin closure system. I like them better than locktite because it's so much easier and less messy. However, you do have to cut them every time you take it off.

I always locktite my BF2.