Prepare yourself for this one - maybe with a Stoli martini or two.

Back in the days of the Soviet Union, the Soviet Red Army had an official choir composed of male soldiers and musicians. It still exists. The Red Army Choir performs throughout Russia to this day.

Now consider the Finnish rock band called The Leningrad Cowboys. A little while ago, they held a concert in Russia, in which - to the screaming applause of Russkie teen-agers - they got the Red Army Choir to join them on stage for a performance of "Sweet Home Alabama." In English. You couldn't make this up.

We're talking seriously off the wall here. Better have that Stoli ready when you watch it:

Wonder what Ronnie Van Zant would have thought of that.....

TheTreeWiseMen said:
Wonder what Ronnie Van Zant would have thought of that.....
Click to expand...

OTGBOSTON said:
He would've thought; "I need something a little stronger than vodka............

Look at the guitar!. Now, if only ZZ Top, Willie Nelson, Alabama, and Merl Haggard will go to USSR and sing their songs. Pretty cool. Nice find Tree spyder. True ambassadors!
B

You're right... you just can't make that stuff up.

Well, at least they don't look stoopid. :what:

My how the world has changed.

i didnt think they were to bad for singing a forign language. i gotta get some of those shoes though

Frig the shoes, I want the studly haircuts!

I'm not sure what to think on that one.:roll: 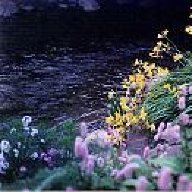 You took the thought right out of my brain.

Labour of Love said:
You took the thought right out of my brain.
Click to expand...

May be from too much Johnny Bravo as a child?

That was pretty wild man!

The Red Elvises are pretty rockin too,
speaking of Rocking Russians.
You must log in or register to reply here.

Mini's teach them young, get a laugh
2

Where the Pavement Ends
2 3