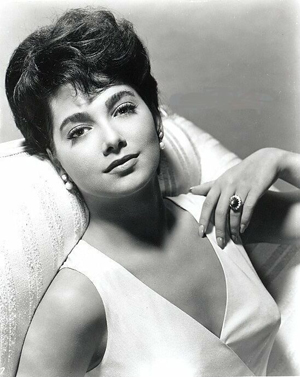 Here's what I found.

Pleshette, who underwent chemotherapy for lung cancer in 2006, died of respiratory failure Saturday evening at her Los Angeles home, said Finkelstein, who is also a family friend.

"The Bob Newhart Show, a hit throughout its six-year run, starred comedian Newhart as a Chicago psychiatrist surrounded by eccentric patients. Pleshette provided the voice of reason.

Four years after the show ended in 1978, Newhart went on to the equally successful "Newhart" series in which he was the proprietor of a New England inn populated by more eccentrics. When that show ended in 1990, Pleshette reprised her role - from the first show - in one of the most clever final episodes in TV history.

It had Newhart waking up in the bedroom of his "The Bob Newhart Show" home with Pleshette at his side. He went on to tell her of the crazy dream he'd just had of running an inn filled with eccentrics.

"If I'm in Timbuktu, I'll fly home to do that," Pleshette said of her reaction when Newhart told her how he was thinking of ending the show.

Born Jan. 31, 1937, in New York City, Pleshette began her career as a stage actress after attending the city's High School of the Performing Arts and studying at its Neighborhood Playhouse. She was often picked for roles because of her beauty and her throaty voice.

"When I was 4," she told an interviewer in 1994, "I was answering the phone, and (the callers) thought I was my father. So I often got quirky roles because I was never the conventional ingenue."

She met her future husband, Tom Poston, when they appeared together in the 1959 Broadway comedy "The Golden Fleecing," but didn't marry him until more than 40 years later.

Although the two had a brief fling, they went on to marry others. By 2000 both were widowed and they got back together, marrying the following year.

"He was such a wonderful man. He had fun every day of his life," Pleshette said after Poston died in April 2007.

Among her other Broadway roles was replacing Anne Bancroft in "The Miracle Worker," the 1959 drama about Helen Keller, in New York and on the road.

Meanwhile, she had launched her film career with Jerry Lewis in 1958 in "The Geisha Boy." She went on to appear in numerous television shows, including "Have Gun, Will Travel," "Alfred Hitchcock Presents," "Playhouse 90" and "Naked City."

By the early 1960s, Pleshette attracted a teenage following with her youthful roles in such films as "Rome Adventure," "Fate Is the Hunter," "Youngblood Hawke" and "A Distant Trumpet."

She married fellow teen favorite Troy Donahue, her co-star in "Rome Adventure," in 1964 but the union lasted less than a year. She was married to Texas oilman Tim Gallagher from 1968 until his death in 2000.

Pleshette matured in such films as Hitchcock's "The Birds" and the Disney comedies "The Ugly Dachshund," "Blackbeard's Ghost" and "The Adventures of Bullwhip Griffin." Over the years, she also had a busy career in TV movies, including playing the title role in 1990's "Leona Helmsley, the Queen of Mean."

More recently, she appeared in several episodes of the TV sitcoms "Will & Grace" and "8 Simple Rules ... For Dating My Teenage Daughter."

In a 1999 interview, Pleshette observed that being an actress was more important than being a star.

"I'm an actress, and that's why I'm still here," she said. "Anybody who has the illusion that you can have a career as long as I have and be a star is kidding themselves."
Click to expand...

My wife, Terri, was in the movie "The Birds". Figures, cuz she was born and raised in Bodega. Anyway Terri says that Suzanne was a regular person, likeable and all, and not snooty like Tippy Hedron. In fact, she had dinner with her couple of times. The Stars all ate with the kids on the set. Terri was 9 years old at the time.

I saw a quick crawler about her death last night. I was amazed that she was 70. Still way too young to go.

I'm undecided if I want to find and watch that movie again. I remember it as being a classic, and a milestone for it's time. But today it would probably seem hokey and contrived. I may prefer remembering it as I saw it 30 years ago.
J

I had no idea she was married to Tom Poston.

Skwerl said:
I'm undecided if I want to find and watch that movie again. I remember it as being a classic, and a milestone for it's time. But today it would probably seem hokey and contrived. I may prefer remembering it as I saw it 30 years ago.
Click to expand...

I watched it a while back just for the cornyness. EVERYBODY smoked, lol.

Ha! My mom had a crush on Napoleon Solo, remember? The Man from U.N.C.L.E.?

My Mom has a crush on Mike Bibby of the Sacramento Kings.
You must log in or register to reply here.
Share:
Facebook Email Link
Top