I went and saw "Hitman" yesterday with my son and his ex girlfriend whom he is still friends with. The guy who was the sheriff in the HBO series Deadwood plays the leading role and some heroin chique looking chick plays the love intrest. It was OK, I don't really like the scenes in where he kills a dozen or more guys as it is totally implausable, but all in all it was OK. Another thing is that in a scene in which the chick is in a chair and is being interogated by the hitman guy a couple of times her tattoo that is on her upper cheek is on the left side of her face and then it goes back to the right side a little later. They must have had the negatives flipped over.

Thank's for the review! I'm waiting for this!
R

Cool, I gotta see that.

It's a super secret movie. Some website offer clues, this site is AWESOME! 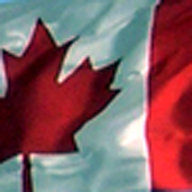 I wanna see No Country for Old Men. Or what ever it is called. It looks interesting

RIVERRAT said:
I wanna see No Country for Old Men. Or what ever it is called. It looks interesting
Click to expand...