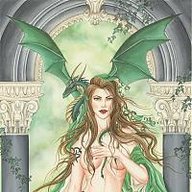 Next time you can't get a cell phone signal in the middle of town, put your problem in perspective: New figures show that the deadliest job in America now goes to the men and women who construct, upgrade, and repair cell phone towers.

According to a story in this week's RCR Wireless News (no online link yet), building and climbing towers (which can be hundreds of feet tall) is more dangerous than ranching, fishing, logging, and even ironworking. The fatality rate is currently 183.6 deaths per 100,000 workers: Five tower workers died during one 12-day span earlier this year alone. 18 tower workers died on the job in 2006.

The cause for the runup in tower worker deaths isn't completely clear, but it's likely a combination of careless working practices (workers not using safety gear 100 percent of the time, or not using it correctly) and network operators pushing to build out and upgrade their networks too quickly. Hard to blame carriers for wanting to get faster networks up and running, but not at the cost of human life. (RCR is careful to note that the investigation into the rise in fatalities is too early to attribute to any specific source.)

Oddly, a loophole in OSHA rules may make it difficult for changes to happen quickly: Towers are often constructed by small contractors instead of the carriers or the owners of the towers. Since the carrier isn't on site during the construction of the tower, the contractor receives the fine and the carrier and owner face no sanctions. (That hasn't stopped the families of some of the deceased workers from suing carriers, though.)

It sounds like a lack of training due to the sudden need for all the new job openings.
K

All these accidents are because of the dummies working there. I know first hand because 2 of my friends were building towers for T-Mobile. They told me the stuff they were doing without safety gear. Finally convinced one of them to use an old full body harness that I had and to make sure he clipped into the safety cable that ran the length of the tower. All falling accidents on a tower are preventable, unlike trees which could have a branch or TIP failure.
B

Koa's right. I used to install and inspect antennae and waveguides on microwave and cell towers. The ironworkers that do towers are usually contract crews, they have no formal training, no real safety standards, nobody watching over them but themselves... they're nuts too. Hard partying crazy men.

I've seen them ride the cable down like a zipline, 3 guys, one shackle... and the crane operator was OK with it. On lattice towers they hardly ever use a lanyard for safety, just positioning; usually they're unattached. They had me walking beams way up and stuff... I have to admit, it was pretty fun.

Whole crews have been killed when the guyed towers they were building collapsed... there's a video somewhere of a 1000' tower dropping with four guys on it.

Cell towers are mostly monopole, they're harder to work on because the only footholds and attachment points are the ones the engineers decide to design in... not always very convenient. You're not supposed to weld on them because it's all hot dip galvanized... but there's a fair amount of rogue welding going on up there.
I

Too hard to watch some blurry moving picture with maybe .005 seconds of barely seen action...
Maybe I am spoiled from all the hollywood movies.

I've never been a part of tower construction but I can tell you first hand about a bunch of young eager beaver iron workers because I played that game for a short time .

A majority of hot shot young climbers are somewhat macho types that consider safety practices as being somewhat sissified . Old saying,there are hot shots and there are old ironworkers .There are no old hot shots .
B

Frans,
There is better video of that accident somewhere. Lifting the antennae array is really dangerous on guyed towers. That accident was caused by an unrated (or under-rated) shackle failing. Two guys went down with the array, one was injured on the tower and had to be lowered.

The other accident I mentioned also happened while positioning the array. They lost control of it and broke a guy wire, the whole deal collapsed like an accordion... it's not fun to watch.
F

Blinky said:
Frans,
There is better video of that accident somewhere. Lifting the antennae array is really dangerous on guyed towers. That accident was caused by an unrated (or under-rated) shackle failing. Two guys went down with the array, one was injured on the tower and had to be lowered.

The other accident I mentioned also happened while positioning the array. They lost control of it and broke a guy wire, the whole deal collapsed like an accordion... it's not fun to watch.
Click to expand...

My heart goes out to those guys who died. Really sad that such preventable 'accidents' even happen.

It was not until maybe two years ago that the gas company linemen started using two separate attachment points. In the past a buck strap was the only safety. So they would spur up the pole, unhook, and then climb past the cross member and then hook in again.
Must have been some 'accidents' which made them change...

Frans said:
: It was not until maybe two years ago that the gas company linemen started using two separate attachment points.
Click to expand...

So evididently the gas company it your area also does the high voltage distrubution ? It just sounded funny to mention that because most gasmen work in trenchs instead of hanging off a pole .

pacific gas and electric company (pg&e)i beleive. moved to salem years ago and the had portland general electric (pge), confused me at first

Climbing power poles is tough duty. The gas treated Celon's are rock hard and your spurs have got to be really really sharp. Splinters from old gaff marks abound. Conduits and risers can block all climbing space. Ever climb up a pvc conduit that was strapped to a pole? Penetration is about 1/16 in. Scary.

The creosote black diamonds were softer, but if you kicked out on them the creosote would fuse into you skin, with a compliment of splinters. Bad, bad, bad.

Spend 4 to 5 hours at a time working services without a branch to stand or sit on. Talk about getting sore in the spurs. Oh, the pain. And 100 degree heat and just the shade of the pole to hide behind. Tree tramps have no idea how brutal working on a pole can be.

No double safeties, no climblines. That wasn't spec with the company. If I was seen rappelling off a pole on a climb line I would be fired for unsafe work practices. Even double lanyard technique, it was only marginally accepted. All the old line men would call you a sissy for using it.

On the outside line pole construction looks glamorous, but they can have it all. Trees are much more friendlier to work in.

I turned down a job to block down an old 60' pole. Frig that, somebody else can do it.
W

That's a little scary about tower workers. My brother in Law (Awesome, but I wouldn't call him the brightest) just got a job repairing cell phone towers for AT&T. I want to go over the gear that he's using some time. I'm a little weary of how they do their positioning up there. He seemed like they were teaching him alot of unclip-clip back in stuff. And those towers are about 200-350 ft!!

Whutta rush. I wish I'd brought a camera. Heck, I outta make a ninja climb!

Replaced a light bulb on a radio tower once. Musta been about 250-300. I had to jump onto the base of it. something about not making a ground. So I could not touch the tower and the roof of the building at the same time.
Took forever to climb up to the top.
Silly little bulb. Looked alot like what we have in our houses.

Frans said:
I had to jump onto the base of it. something about not making a ground.
Click to expand...

Yea, but a LOT bigger!

Next time you are driving down the road, looking at the BIG high voltage lattice towers, imagine climbing up 130', taking both mitten covered hands and dipping them in the bucket of silver paint and painting said towers. No rope, no lanyard, nothing. Just you and your paint soaked mittens, glopping paint on a live tower. Slippery don't even come close. That's how it was until a little over a year ago.